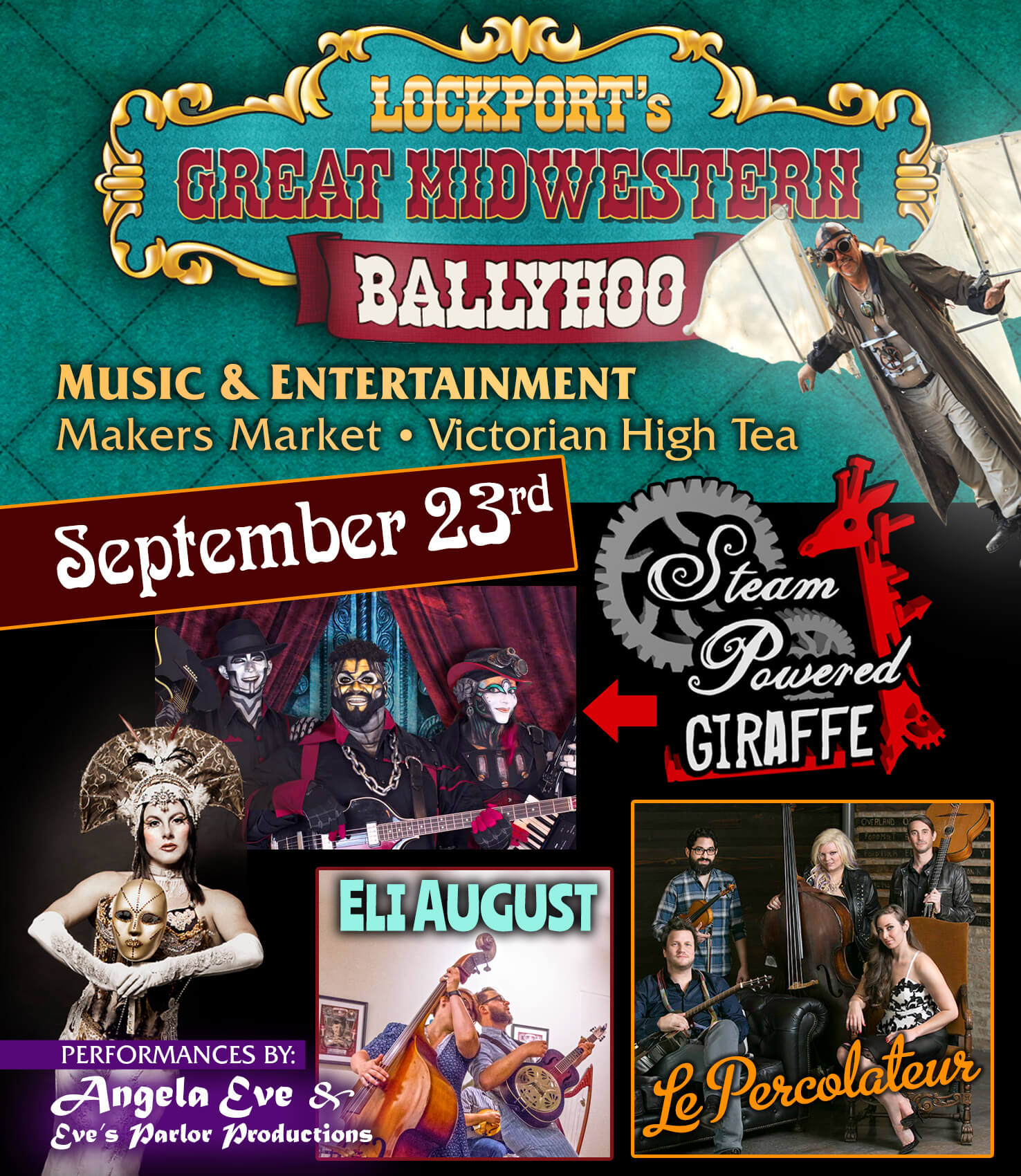 Good event planning connects many moving parts. The venue, entertainment, food, vendors, promotion, even the purpose. The Great Midwestern Ballyhoo was a multi-year festival designed to bring visitors to the City of Lockport. The desire was to do something unique that differentiated itself from the average municipal “corn-boil.” A festival was created that drew upon the 19th century heritage of Lockport while combining the trendy genre of Steampunk.

Local businesses were involved with a collector card scavenger hunt and as food vendors. Popular steampunk entertainers were booked that brought people to the Illinois town from as far as Washington State to Florida.

OHDG’s vast experience empowers our clients to excel in the marketplace through winning strategies, innovative design, and public engagement. Call today for a consultation. 630-804-3503